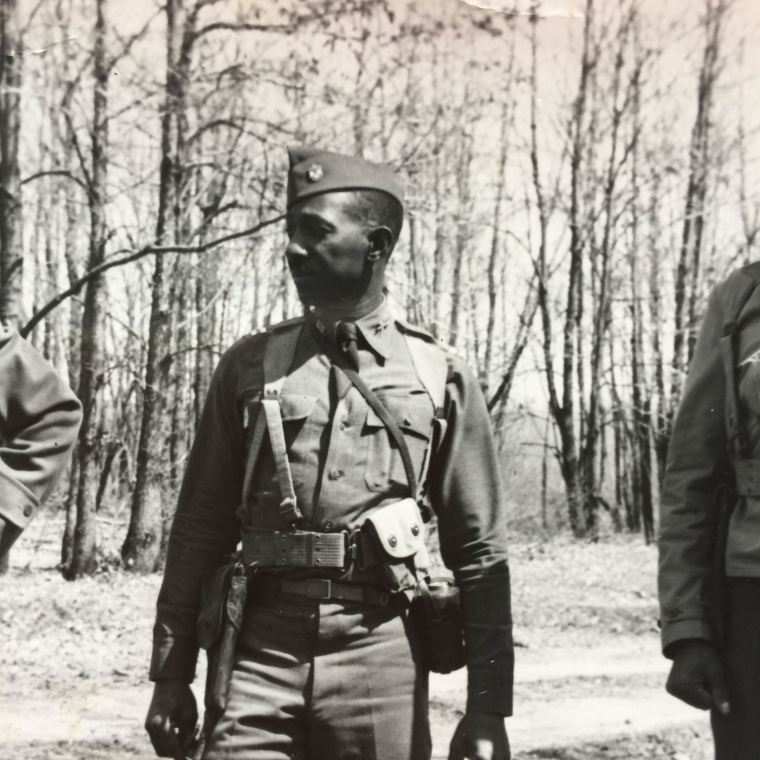 Today marks the 100th anniversary of the end of World War I. Heads of state from around the world met in Paris to honor and mark the veterans who fought, survived … and the thousands who didn’t.

Daddy told this story of his attempt to join the army in World War I : Off he arrived at an army center, to enlist – only to be turned away! Not because of  race or any physical disability. He was just plain too young!

At the start of the war, when (I think) he tried to enlist, he was just 12 or 13 years old! Apparently, after asking him a few questions, the Army established his birth year,  deciding  he was born in 1901… He was sent off with these words: “Come back when you are old enough.”

And that he did,  My father, Captain François, was a proud member of the United States Army, serving stateside during World War II and remaining in the US Army Reserves til his death, 34 years ago.

I am so grateful for his service, all who served and  currently serve to make life better for us all. Peace.